Providing people with a safe living space means meeting their most basic needs. The instinct to be protected from the effects of the outside world and adverse weather conditions has been a basic need since the first day of human existence. However, while living in a mutual relationship with nature, there are certain unavoidable adverse situations, the consequences of which are very frightening for everyone. Although these situations are called “disasters” collectively, they actually have various classifications.

Natural Disasters are geological events that are unpredictable in time and emerge suddenly, and cause damage and destruction as well as loss of property and life. Earthquakes are at the top of these. However, it is possible to be prepared and take precautions against such disasters. We can take some minor precautions inside the houses ourselves.

For example, practical measures such as strengthening cabinet doors, eliminating the danger of material falling from top during the quake, and fixing all furniture that can jump into the air or loosen its screws when the ground is shaking, are life-saving. Other precautions that can be taken include preliminary research, especially on the areas where the buildings will be constructed. Özge Yapı aims to provide a definite solutions by constructing buildings that guarantee protection against disasters that catch people off-guard. 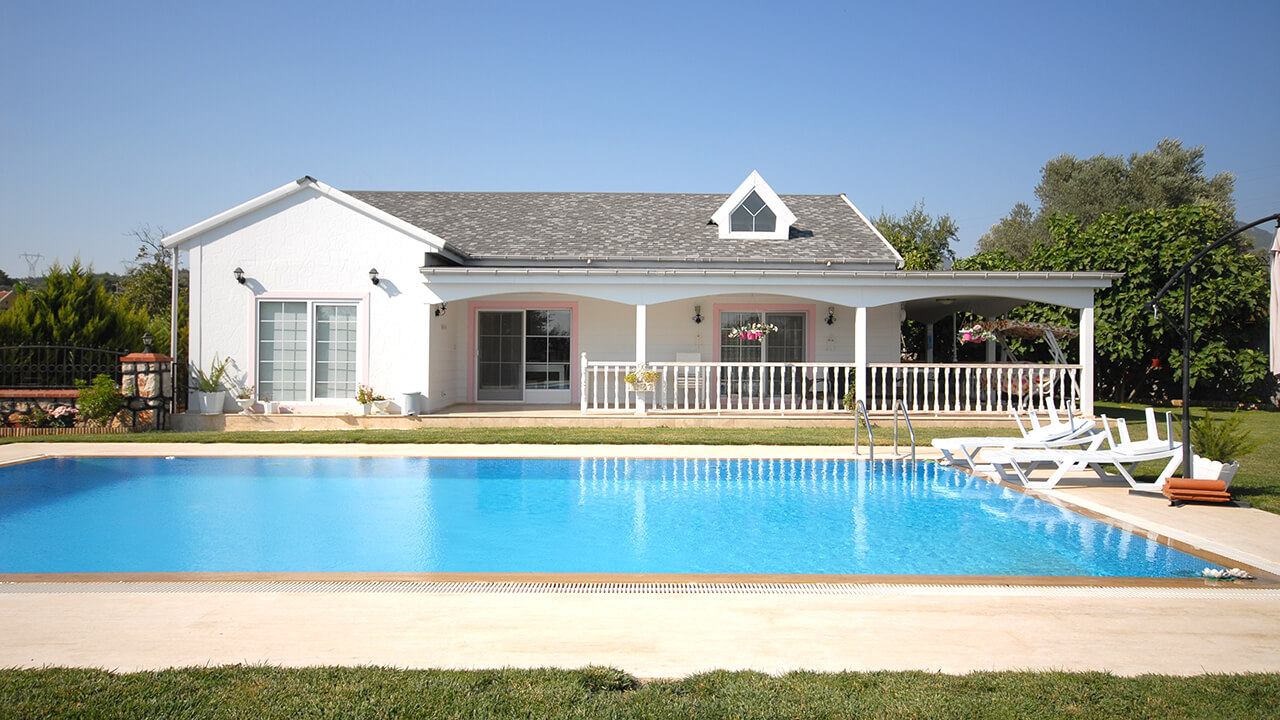 What is a Prefabricated Building?

These are the units that are pre-produced and tested for quality control in the factory, shipped in disassembled form, and assembled on site. There are infrastructure operations that must be done according to the ground conditions before the assembly. The most important of these is the process of laying concrete on the ground. Concrete projects are provided in accordance with the purpose of the houses.

After the infrastructure is prepared, prefabricated materials are brought to the site. Roof parts and wall panels that arrive in disassembled form are assembled here. At this point, it is important to construct a building with the properties desired by the user. Prefabricated buildings can be delivered to the end user as rough construction or with all infrastructural installations made and painted. The consumer has the advantage of choosing from various alternatives for façade cladding or between panels.

Prefabricated houses are houses produced in line with a project, including the sections requested by the user. They can be produced in different sizes, with multiple rooms and multiple floors. Parts of the houses such as WC, shower and bathroom are optionally added to the project.

The biggest advantage of prefabricated houses, which meet the need for a fully comfortable wide house with a special roof and high ceiling, is that they can be constructed in accordance with the climatic conditions of the region where they are installed. They stand out as comfortable structures that create fast solutions. They are shaped according to the wishes of the user, are compatible with natural life and easily meet the need for gathering and emergency settlement in the event of natural disasters in addition to individual use.

The Importance of Correct Construction in Earthquake Dwellings

Correct construction in geological disaster areas starts with the principle of creating a safe living space. Soundness of the dwellings is the most important condition underlying this principle. Housing stability also depends on various criteria. These criteria are determined by preliminary analysis of the settlement area.

Quality standards in materials to be used

In addition to the robustness of the buildings, the ground structure of the area where they are established is also of great importance. The strength of the building depends on its infrastructure. During the establishment of buildings, density of hard and rocky soils is examined. If it is to be established in areas with soft and wet ground, a ground survey is definitely conducted, and an analysis is carried out jointly with technical support units. The infrastructure is surveyed according to the soil type, and it is ensured that the building forms integrity with the ground on which it is built.

How Are Prefabricated Buildings Produced?

Prefabricated buildings can be produced with special brand panels as well as monoblock or demounted based on classical system. There are formative elements such as the conditions of the area of construction and the wishes of the user in terms of interior and exterior surface coatings of the building. A1 class fireproof and water-resistant fibercement façade coating materials are used in the wall, ceiling and mezzanine coatings of the building. Electrical and water installations can be made flush or surface mounted according to the user’s preference. Apart from standard production, custom designs are also applied in the houses created by combining the containers. Special sized houses are produced by making necessary static calculations according to the needs of the users. Continuously developing technology is followed and applied in all prefabricated buildings.

In buildings produced in accordance with all climatic conditions, thermal insulation is also taken into consideration for people to live in peace, prosperity and safety. These houses, all of which are low-cost, are resistant to natural disasters. If the building needs to be moved as a block or demounted, this can also be done easily. Its material is of high quality, thus no deformation or deterioration is experienced during transportation. It is customized since it is produced completely according to the user’s request. It can be produced in large, small, single or multi-storey form, and custom designs are also easily applicable.

In steel structures, when the elastic limits are exceeded with the energy loading in earthquake motion, structural elements primarily change shape thanks to their high strain capacity. In this movement, the energy on the building is absorbed by the building elements. The structure remains standing under the impact of loads. This situation causes a “systematic” deformation in the building. The load distributes between the beams and columns, allowing the structure to deform without damaging its inhabitants.

Steel frame structures produced by Özge Yapı are produced upon inspection in the factory, and their assembly is simple. In this way, human error is minimized, unexpected incidents are now allowed in natural disaster situations. Elements of the steel frame structures damaged in very heavy earthquakes are repaired or replaced in a short time without the need for extensive demolition and disassembly operations.

An architectural bureau should mediate in the follow-up of the project and license. Legal permission is obtained when the necessary documents and projects are completed. Special applications are made in adjacent areas outside the municipality boundaries. In the same way, a building permit can be obtained from the administrative authority of that region. Permissions of the municipality or administrative authorities are especially important for custom designed houses such as farmhouses, lake houses, garden houses, chalets or houses to be built in standard norms.

Shapes of the houses, the roof or non-roof models that will be produced according to the climatic conditions of the place where they will be assembled, and the options with veranda or balcony can be assembled after obtaining permits. For all your installation procedures, you can work with Özge Yapı, which has been in the sector since 1992, following the constantly updating technology closely and adapting it to its production system. The company, which stands by its users after analysis, project, installation and after sales processes, allows you to quickly get your safe home with the features you want.