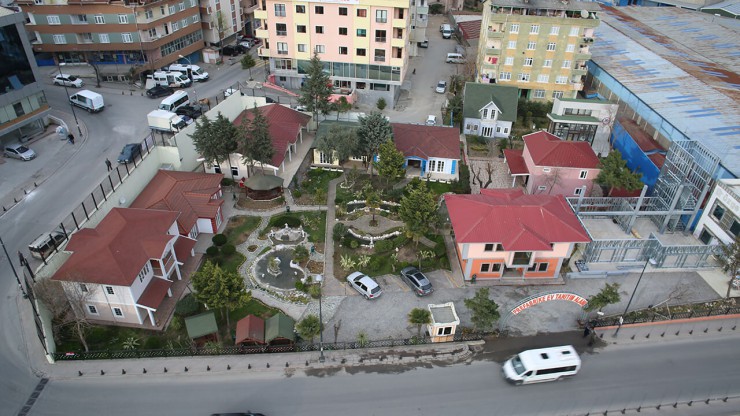 A new field is born for the branded housing projects. From now on, housing estates shall not be composed of only concrete buildings, and it may also consist of prefabricated style buildings when demanded.
Özge Yapı which is among the leaders of such business and today, dispatches buildings to more than 70 countries including African countries, expands the scope of prefabricated buildings from a single villa detached dwelling unit to collective dwelling units.
Burcu Doğan, Marketing Manager of Özge Yapı operating within the body of Hekim Holding, told that as for the prefabricated buildings having as long life as concrete buildings when they are built using a correct manufacturing technique, it is possible to achieve more comfortable, more contemporary, more aesthetic and more elegant buildings with the aid of developing technology.
Burcu Doğan explained that they have inquiries delivered from many places ranging from touristy facilities to collective housing estates, and prefabricated elegant houses in different fields could be seen in Türkiye in the forthcoming years.
In Türkiye, prefabricated houses which became a current issue with housing needs in case of disasters, have been put into practice by the crisis management desks for collective housing after 1999 Marmara Earthquake , and for this reason, the first thing that comes to mind is disaster housing estates when it comes to prefabricated houses.
However, Özge Yapı Marketing Manager Burcu Doğan suggested that such a situation is not valid anymore, and requirements for many kinds of building types ranging from very luxury villas to factories, even to touristy facilities can be handled from now on in the prefabricated building sector where all architectural developments were adapted.
Burcu Doğan said that “We have inquiries coming from collective housing estates. We have constructed touristy facilities at certain places such as Datça, even a luxurious hotel completely manufactured from a steel construction, and we expect this year many inquiries that will be coming from collective dwellings and tourism sector.”
Mrs. Doğan continued as follows:
“They won’t be the same as such multi storey and engaged buildings as we observe in concrete designs even though it’s a collective housing estate, we are designing much more contemporary environments that are much more interacting with nature and where people can live more comfortably.”
Mrs. Doğan who told that in Lebanon, they had built bungalow houses located at the seafront, having pool and a social facility, expressed that prefabricated buildings can be delivered on time before the high season begins since they are manufactured in a very short time, that’s why they became the most favorite building for tourism operators.
Refugee Camps are Delivered from İstanbul
Özge Yapı, dispatching refugee camps for Syrian refugees to the borders of Germany, the Netherlands, Poland and Czechoslovakia for one year, has been carrying out intensive projects in Qatar and United Arab Emirates. Besides that company is dispatching dwelling houses to many specific regions of Africa, and installing petroleum and natural gas camps in Oman.
Özge Yapı A.Ş. operating in the prefabricated building sector for more than 25 years, has showrooms in İzmir, Giresun and Sakarya although production and management base is located in İstanbul